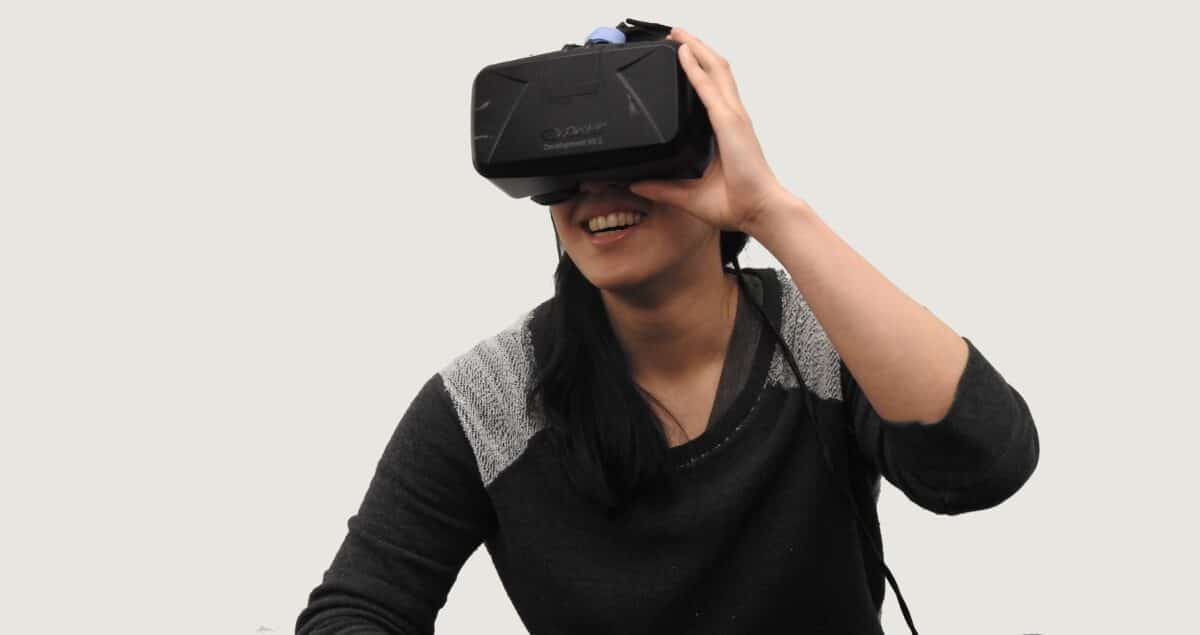 Augmented reality is a captivating space grabbing the imaginations of users and businesses alike, with the promise to entertain us, open up worlds, allow us to browse from a distance, and empowering businesses to boost sales without needing to have customers physically present by adding small cues to real-world experiences.

For years, we’ve heard of the potential of augmented reality. We saw Pokémon Go bring fun and chaos to the world and we’ve seen snippets of use cases, from stores using it to help customers choose furniture, makeup, glasses, and more through AR, to medical practises tinkering with the technology for rehabilitation and training.

While AR in the world doesn’t look how most of us imagined — surfaces all around us coming to life as our sci-fi films have long predicted –, it is still more widespread than you may realise. In fact, some predictions suggest that AR users will have reached 1 billion in 2020, and forecast that the AR software market will reach $35.22 Billion by 2022.

According to a VR and AR Report from Deloitte Australia, 75% of the world’s most valuable brands have either already created some form of virtual or augmented reality experience for their customers or employees, or they are currently in the process of innovating and developing these technologies.

So who is using this technology, and how?

You may not be aware that augmented reality has actually been around since the 90s, used by the aerospace sector for training. The term augmented reality was coined by Boeing researcher Tom Caudell in 1990. Today, Boeing still use AR through Skylight AR Glasses to help engineers access instructions without needing their laptop of papers.

Throughout that decade AR was used by the likes of the U.S Air Force Research Laboratory, and NASA’s X-38 spacecraft for navigation. This kind of utilisation of AR continues today, as the perfect tool to enhance navigation in both manned and unmanned vehicles. It’s also used to improve workflow for design, maintenance and assembly of these aircraft.

2000 saw the first AR game hit the market, and 2005 this technology reached our phones when AR Tennis was released – a two-player AR game developed for Nokia phones. Unsurprisingly then, gamers have been the greatest user base for augmented reality, and Pokémon Go just took that trend mainstream.

BMW was one of the very first brands to use AR for commercial use in 2008 when they utilised the technology to enhance their print advertising with augmented reality. The brand has gone on to use the technology extensively for training, and consumer services like their BMW i Visualizer app, where users can create their own personal BMW i3 or i8, customising the interior and exterior, which then links to a service where users can arrange a test drive.

In 2010, Airwalk put their faith in marketing firm Y&R when they created an AR campaign to promote the relaunch of some limited-edition shoes, which were in high demand, making them perfect for a teaser campaign such as this. Using geolocation, they made invisible pop-up stores at various locations around the world where users could buy the shoes. The campaign created a huge buzz, attracting massive crowds and significant sales for the limited-edition shoes.

In 2016, Specsavers (and now numerous other glasses retailers across the world) adopted AR to help customers try on glasses via an app or online to help facilitate purchases online. Through their Virtual Try On AR solution, customers simply take a selfie and try on specs to see which suit them best.

Hyundai Australia jumped onto AR in 2017 to help sales staff in dealerships across the country to effectively exhibit the features of the new ‘Reinvented i30’ hatchback. Their in-house AR app gives sales staff the power to really get under the hood and show potential buyers the car’s built-in safety features, as well as a quick, realistic view of what the car would look like in different colours or with different accessory options.

The masters of visual merchandising, IKEA, have adopted augmented reality to take their in-store game online. With the IKEA Place app, customers can virtually place IKEA furniture and other products in their home to visualise how it would look, making customers more comfortable to purchase online. In 2017, when the app was launched, more than two million people downloaded it.

2017 was also the year that Apple launched ARKit and Google launched ARCore for Android, making it easier than ever before for developers to create AR apps. What followed was a boom.

For on-mobile makeovers, CoverGirl’s Virtual Makeover is a powerful selling tool that lets their audience try on makeup, using AR and a selfie, before purchasing it online. Through this solution, their entire range can be tested for colour matching and checking combinations.

Showing how AR can be utilised in the B2B space, Coca-Cola developed an AR solution to help retailers visualise what their branded fridges would look like in-store, giving a variety of colour and size options to test out around the store to select the best possible option for their floor plan.

Indigital is an Indigenous Digital Skills training program using augmented reality to bring Indigenous cultural knowledge, history and language to life. Through workshops, the Indigital Schools program teaches kids about Indigenous stories, language and culture. Furthermore, Indigital engages them by teaching them how to use this same technology to share what they have learned.

Gatwick Airport developed their award-winning augmented reality passenger app in 2018 using 2,000 navigation beacons throughout the airport to accurately map travellers location and offer valuable information to make their time at the airport as smooth an experience as possible. The services include helping travellers to navigate the airport, as well as personalised, real-time flight updates, gate information and check-in and security queue times.

In the medical world, AccuVein has leveraged AR to design a handheld device which is used to scan the vein network of patients, displaying a map of the vasculature directly onto the patients’ skin. This technology has led to a 45% reduction in escalations, allowing doctors and nurses to see clearly what they want to access or avoid.

Continuing in medical space, augmented reality is being used to teach anatomy to students at the Cleveland Clinic, at Case Western Reserve University, using an AR headset. With the technology, students can explore the human body in an interactive 3D format.

NuEyes is a visual prosthetic that uses specially adapted AR glasses to empower people with visual impairment to see with the help of AR. NuEyes is making it possible for many who have not previously been able to see, to now view the world around them while keeping their hands free and without heavy headsets.

Using smart AR glasses, DHL has used the technology in some warehouses that can show workers the shortest route around the warehouse to find whatever item they’re looking for to be shipped. Offering these shortcuts helps warehouse staff to get items out faster, and keeps staff energy levels higher by avoiding unnecessary excess running around. This sort of technology is also being imagined for drivers, making routes faster while keeping users handsfree.

The Future of AR

Even though augmented reality has been around since the 90s, it’s fair to say that it’s still developing in terms of its potential uses, and while we see plenty of promising applications which are proving huge value for business and the community, this is really still just the beginning. With technology improving and becoming more expansive every day, and 5G on the horizon to speed up connectivity and the utilisation of such technologies, what we can expect to see in the future will be an even smoother user experience, where AR is infused seamlessly into the world around us.

Interested in a career in AR, AI or IoT? Check out Launch Recruitment’s IT jobs.