Women in Tech – Let’s Celebrate and Spread the Word

I’m immensely proud to be able to continue the Women In Tech series with examples of outstanding achievements by the growing number of women working in tech in Australia today. This is the second part of a 3 part series dedicated to celebrating the successes of women in tech. These women are inspiring role models for today’s young girls who are considering joining the industry! To read part 1, click on this link.

Shoes of Prey has become an iconic fashion disrupter here in Australia. It started as a platform that allows you to design your own shoes but it has now become a strong brand in its own right, and at its peak, had concessions in US retail giant, Nordstrum.

The company has experienced its ups and downs but is now on an upward trajectory, going from strength to strength and expanding into the massive sneaker market.

More than six million shoes have been designed on Shoes of Prey’s website since it started, and now has 200 staff in the USA, Australia and Asia.

Fox has been asked to speak at a number of conferences including Mastercard Global Innovation Forum in Budapest, the World Retail Congress in Rome and South By Southwest in Austin.

She also opened up the conversation about the treatment of female entrepreneurs through a thought-provoking video on YouTube called, “Can He Say That”? 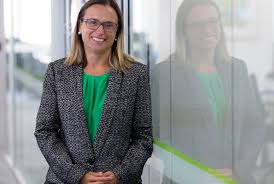 After eleven years working in finance at Macquarie Bank, McConnell decided to use those skills and experience to build her own self-funded, fintech startup, Brighte. Brighte is a kind of microbanker for home improvements with a focus on energy.

She identified an opportunity in the market and developed the online product in September 2015 and Brighte was launched in 2016. McConnell provides the overarching strategy and direction for the platform, including investment, tech, credit, marketing, product and operations.

So far things are looking very rosy for McConnell whose $3.5 million seed funding round was oversubscribed, and she recently signed on former KPMG boss Trevor Allen as chairman. 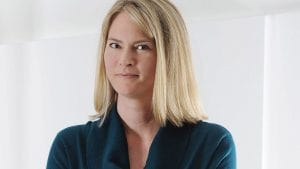 Maile Carnegie is a well known face in Australian business and has been a bright, shining light for women in tech in the past few years. Most remember Carnegie as Managing Director of Google Australia and New Zealand and now she is at the helm of ANZ banks Digital Team.

It’s been reported that Carnegie took home more than her boss, CEO Shayne Elliott with her pay packet boosted by a generous sign-on bonus that she received when she left Google to join the bank.

She leads the strategic development and delivery of a superior digital experience for ANZ bank’s eight million retail, commercial and institutional customers, as well as for its staff.

Click here to read the final part of the series. Here’s to more women in tech!