Women in Tech – Let’s Celebrate and Spread the Word

As the saying goes, “You can’t dream what you can’t see,” so as we champion women in tech, we’re making sure these women are more visible, celebrating their achievements and making sure women’s success stories become so commonplace we don’t have to have “Women in Tech” stories anymore! Till then, let’s applaud these professionals, their innovations and legacies. 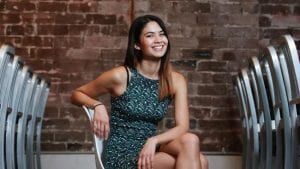 Possibly the most famous Tech Entrepreneur in Australia today, up there with the likes of Cannon Brookes and Farquhar of Atlassian, is Melanie Perkins, co-founder of Canva. Which last month, was valued at $1billion USD gaining, “Unicorn” startup status.

Canva is a cloud based platform which offers easy solutions for graphic design. Perkins thought of the idea at the age of 19, after being frustrated by how time consuming and difficult traditional graphic design programs were to use. Nine years later, this Sydney-based company has revolutionised the world of graphic design and the work of marketers and social media professionals alike.

Only a few startup success stories feature women, but the number of women leading “unicorns,” is increasing: Anne Wojcicki at 23andMe, Sarah Leary at Nextdoor, Julia Hartz at Eventbrite (who was 25 when she founded the company), and Adi Tatarko at Houzz. 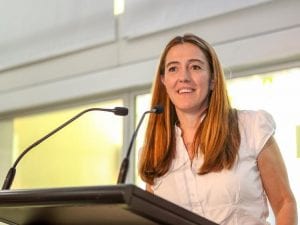 Nicki Bowers co-founded Melbourne-based Kloud in 2010, a company that develops strategies for customers to migrate large-scale workloads and operations to the cloud.

In a massive deal in January 2016, Bowers sold her cloud integration company to Telstra for a reported $40 million.

Still operating under its own name, Kloud, a Microsoft partner, also scooped a deal to migrate Qantas’ 30,000 employees to Office 365, in one of the biggest projects of its kind in Australia.

Bowers claims she was not always in tech, “All I was interested in was problem-solving, but not tech as such. It came through more from my electrical engineering degree – I was exposed to more and more programming, and the interest grew from there”.

Danielle Szetho is the CEO of Australia’s national industry association, Fintech Australia that aims to unify and support the local fintech community.

Earlier in her career, Szetho, a former creative designer, became Banking and Finance Industry Head at Fairfax Media. Now, her vision is to make Australia one of the world’s leading markets for fintech innovation.

“Our vision is to make Australia one of the world’s leading markets for Fintech Innovation and Investment,” Szetho said, “We do so by building the Fintech Ecosystem, working closely with the Fintech Community, both sides of Government and Regulators, to create a more conducive environment for Fintech Startups to thrive and grow”.

This month Szetho has been strengthening ties with the Fintech industry in Hong Kong to raise support for businesses seeking investment partnerships and expansion into each other’s markets. 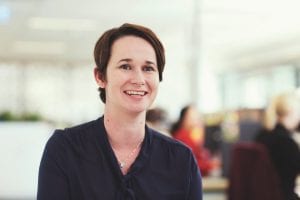 Mandy Ross is Chief Information Officer at Tatts, Australia’s largest gaming, lotteries and wagering business. She leads a team of 400 technology and operations staff, and is responsible for the long-term strategic and digital roadmaps to ready the 12-year-old company for growth.

Ross began her career as a graduate with Deloitte Consulting, after completing an honours degree in IT. After a few years in consulting, she joined online travel services provider, Wotif Group, at the early stages of the company’s growth, experiencing its rapid rise and public listing.

“I’ve always sat in a position where I have been effective in stitching business strategy together with technology execution, working with technology and in alignment with executives and COO to get the desired result,” she said.

Three years ago,  Ross was named Boss Young Executive of the Year, and CEO Magazine runner-up CIO of the Year. 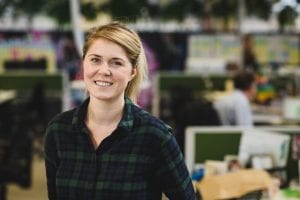 Ally Watson co-founded Code Like A Girl, three years ago, after experiencing first-hand the barriers women face in the male-dominated industry of tech.

A developer and computer science graduate, Watson wanted to enact positive change for a new generation of girls to acquire coding skills, and to encourage more women and girls to step into leadership roles.

While Code Like a Girl host events and workshops on coding,  the team say what they are doing is so much bigger; “Many jobs traditionally held by women are under threat by automation. In Australia, the majority of new jobs will be in ICT [Information and Communication Technology] – an industry which currently very few women study, work in or stay in – Code Like a Girl’s work is to ensure women have an equal place in the technology-focused workforce of the future.”

Watson, 29, was named by The Sydney Morning Herald as one of 2017’s most influential female entrepreneurs.

Big up to women in tech!